In epidemiological research of risk factors for dementia, education is firmly established as a protective mechanism. PhD candidate Janet Maccora from UNSW summarises some recent papers from economists that demonstrate that while education may well be protective, cost and context should be important considerations when thinking about prevention.

A recent commissioned review from The Lancet estimated that 8% of new cases of dementia worldwide could be prevented by eliminating the risk factor of less education.[1] Statements such as these need further scrutiny – what exactly is meant by less education and does it mean the same thing in Sierra Leone as it does in Australia? Are there certain populations where dementia attributable to less education is more of an issue and should prevention efforts be targeted there? And since it is not necessarily easy to increase education levels we need to ask, would the costs of doing so be worthwhile in terms of reduced costs related to dementia? These are not easy questions to answer but we can look to recent research from the field of economics for possible approaches to tackling them. 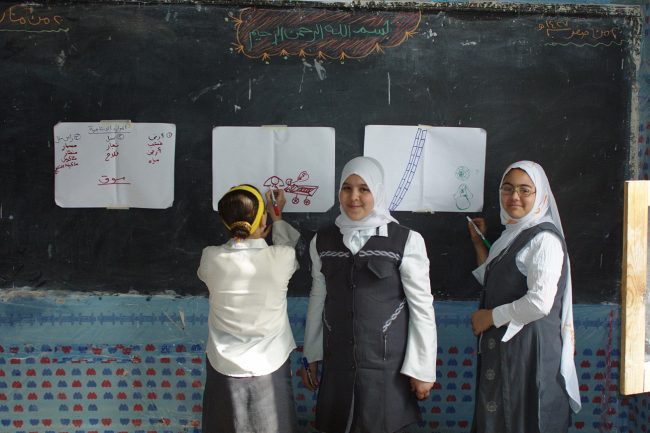 The costs and benefits of education in dementia prevention terms

A paper published recently in Applied Economics has attempted to quantify how much a year of general education is worth in US dollar terms of reduced caregiving costs related to dementia.[2] This is a novel concept for health researchers, and one that may make many epidemiologists uncomfortable with regard to assumptions underlying the model, but it is nonetheless important – it is hardly worth investigating risk factors for dementia and advocating for policy changes based on the findings if the policy changes required would be more costly than the outcomes themselves. Economist Robert J. Brent performs a cost savings analysis using three components: how much a year of education reduces dementia, how much reduced dementia impacts the ability to live independently, and then how much caregiving costs can be reduced by reducing dementia and increasing independent living time.

Ultimately Brent finds that the savings offered (in terms of dementia) by an increased year of an in-place education programme in the United States would only be a fraction (18%) of the cost of a year of the programme, but this in itself is an important finding. As Brent points out, this figure has to be located in the context of the other benefits of a year’s education in terms of human capital. Brent has also limited the dementia savings model to reduced caregiving costs but there are other economic advantages of preventing or delaying dementia for individuals, such as avoidance of loss of income for unpaid family caregivers and maintaining assets like the family home instead of having to sell them to cover the costs of care.

This work is located in the United States, and it would be interesting to see similar cost benefit analyses performed in other contexts, particularly lower-income settings where the costs of both education and dementia care are likely to be a) very different and b) prioritised very differently.

The next paper from an economist does take a broader range of contexts into account, considering the association between education and cognition from the point of view of inequality.[3] Olivera et al ask whether inequality in education in a population leads to inequality in cognition in older age, using a measure known as the Gini index. As this measure may not be familiar to non-economists, I will give my non-economist explanation: that it is a measure of dispersion of values of a variable in a population, similar to more familiar measures like standard deviation but not related to the mean and producing a result that is bounded between 0 and 1. Explanations of how a Gini index is calculated can be found in the original article but basically the higher the Gini index, the more inequality there is in a population in terms of the variable being measured. Typically Gini indexes have been used to measure and compare income inequality in and between countries. In this paper, however, Olivera et al measure inequality in older adult cognition for six different age cohorts in 29 different countries and find that it is indeed associated with inequality in past education, even when differential survival rates are taken into consideration. They give the example that Gini indexes for immediate and delayed recall increase by 0.23 and 0.45 percentage points for each 1% increase in the Gini index for past education.

The findings from Olivera’s paper may not come as a surprise to health researchers who have long seen that education is associated with cognitive outcomes. In fact, the Gini index does not indicate whether low education is associated with low cognition or high with high, just that inequality is associated with inequality. Nevertheless, it adds to the literature by demonstrating that there is heterogeneity in both education levels and cognition among countries and that the two are associated. Given this, it may be that contexts with more heterogeneity are those that might benefit more from dementia prevention strategies addressing inequalities in access to education.

Together these two articles position the education and cognition/dementia association in a broader socio-political and economic context. Multidisciplinary approaches such as these will be paramount for prevention strategies in the future, as we already know that the overwhelming impact on society anticipated by increased dementia prevalence is likely to extend far beyond the realm of health.

The latest on protection of cognition with blood pressure lowering: a comment

The 2019 publication of the SPRINT-MIND* study has once again raised the possibility that sufficient control of systolic blood pressure (BP) may reduce risk of developing cognitive impairment1. SPRINT MIND was  a randomised open label Read more…