In the second of our series of science commentaries Dr Ruth Peters  discusses the methodology, directions and findings used in two recent reviews on dementia prevention.

Two recent reviews have approached the question of dementia prevention using very different methodologies and from different directions.
The Lancet Commission, ‘dementia prevention, intervention and care’ (1) and the National Academies of Science (NAS) report ‘preventing cognitive decline and dementia’ (2) based on the Agency for Healthcare Research and Quality (AHRQ) ‘Interventions to prevent age-related cognitive decline, mild cognitive impairment and clinical Alzheimer’s type dementia’ (3), were both presented at the Alzheimer’s Association International Conference (AAIC) in July 2017.

Both broadly aimed to consolidate the knowledge base about what can be done to prevent dementia. Both highlight increasing complexity in the field with one pointing to a lack of sufficiently robust evidence to underpin intervention messaging (2).

The methods used by the two reports differed.

The Lancet Commission focused on Population Attributable Risk (PAR) and used largely published data, Relative Risks (RR) and prevalence data. Where no pre-existing meta-analyses were available expert opinion was used to identify relevant publications and a novel meta-analysis was generated. Commonality of risk factors was taken into account.

The AHRQ review identified 263 eligible intervention studies using systematic review methodology but the variation in results was too great to allow meta-analysis. The AHRQ report also made a formal assessment of bias.

Both reports have strengths and flaws, in particular,

The reliance on expert opinion is a strength, but this alongside inclusion of ‘known risk factors’ and selected portions of the evidence base runs the risk of reconfirming existing knowledge and omission of newly recognized or emergent risk factors and key subgroups or populations in whom prevention associations and messages may differ.

Over the last ten years the evidence base relating to dementia, risk factors and interventions has grown exponentially. It is probably no longer feasible for an in-depth systematic review of the entire area. Going forwards we will be increasingly basing our understanding on multiple reviews such as these, each potentially taking different perspectives and approaches (4). Critical appraisal will be key.

A very brief summary of the two reports 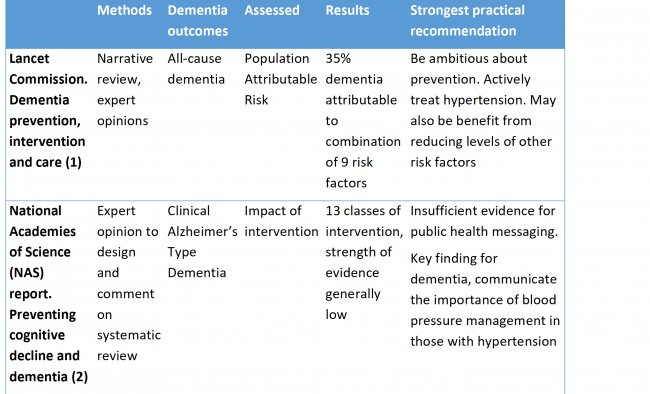 Career development in dementia research: The IRNDP Early and Mid-Career committee issue a call to action

The IRNDP Early and Mid-Career committee came together in 2020 to discuss and compare career development opportunities in their respective countries and decided to write a call to action! Their recommendations are now published online Read more… 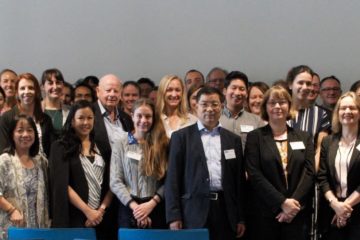 IRNDP held its first conference on the 14th and 15th of October, 2019 in Sydney.  A big thank you to everyone who attended! There was a fantastic range of speakers from the United States, Canada, Read more…